A downloadable game for Windows, macOS, and Linux

"Secret Spaces is a weird, fascinating game." - Blood Church
"You're almost in a relationship with the space itself." - The Mad Welshman
"I like the idea of just sinking into it for an hour and seeing what I find." - Rock Paper Shotgun
"There’s a strange poetic beauty to Secret Spaces... one of the more compelling exploration-heavy games this year." - IGN

Plant strange glowing flora, navigate treacherous concrete cliffs, and search deeper and deeper for the one who left you behind. Harvest and grow plants to aid your descent -- climb on vines, ride on glowing seeds, and plant flowers too strange to name...

Y'all have been asking for this one for a while, and it's finally here!

beautiful game! of all the games about hostile architechture, this one is the gayest and therefore the best

The power of two gay girls trapped in a never-ending nightmarish but benevolent tower is very high.

Hi there :-) This game experience is absolutely delicious. A strange minimalist and poetic architectural adventure. But please, could someone inform me if there is a way to save our progress ? As I haven't found one ... Thanks & best regards

Hello! Thank you very much for playing. Unfortunately there's no way to save your progress -- doing so in a procedurally generated game is highly difficult for a number of reasons. As such, you should expect to spend 20-40 minutes playing through the game before reaching the ending.

Thank you for playing! I'm glad you enjoyed :)

Could you please add a Mouse Y Invert option? Picked this game up but can't deal with un-inverted games.

Hi! A patch to add a Mouse Y-Invert option is in the works. You'll get a notification when the update comes out! :)

Thank you very much, it's greatly appreciated.

Alright, Y-invert has been added!

Pause menu config options don't respond to clicks. The "start" button on initial load takes several attempts before it responds. The feedback thing accessed by pressing "H" also does not respond to clicks or to typing, or I'd have put this bug report there. I don't know whether the plant/fertilize thing wasn't working or whether it just has to be on a certain type of ground that I haven't seen (since I've seen gray and blue already, and saw something pink but too far away to get to).

Other comments make me feel pretty confident that there's more to the game than what I've seen thus far; I will withhold commentary on the actual game until I can actually play it (and fix the too-high mouse speed that's stopping me from aiming well enough to descend safely).

Hi! Apologies for the glitchiness. For certain versions of Unity, Linux has problems registering mouse clicks. It's sadly something that I don't have a direct fix for; however, I just rebuilt the game using a new Unity version, which should with luck fix the problem!

Hi Heather, I made on account on here because I don't have a twitter and there doesn't seem to be a dm feature (for obv reasons I guess).

Anyway, I just wanted to say that I love your games and that your meatspace manifesto made me feel things.

is there a console command or something to invert the mouse? :x

There is now! The new update adds a Y-invert option to the pause menu. :)

A really meditative and wonderful experience.

Love it!!!!! I have lots of feedback for you (spoilers for those who haven't played):

Overall the environment had me extremely immersed. Would love to see more was for you to play around with it and make it alive even more. The notes were extremely cute :3 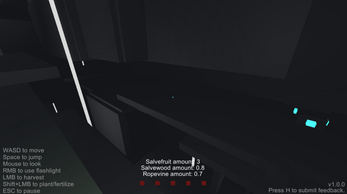 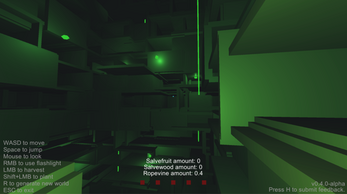 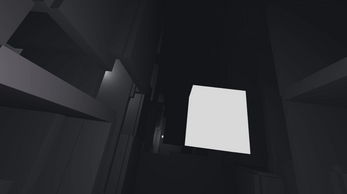 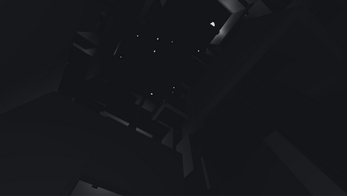 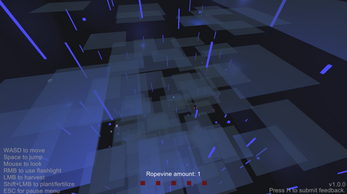 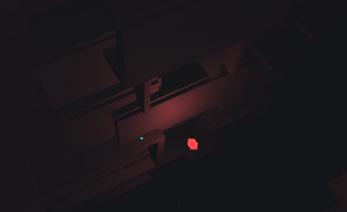