A downloadable serial game for Windows, macOS, and Linux

"BOUND BY ASH [...] meticulously improves over its predecessor [...] It’s a warning about all the forms that fascism can take; an investigation of how we can truly care for one another in a society that refuses to care for us; a statement on identity, performativity, and self-conception; an exploration of the power of music in self-expression, resistance, and community care; a dialogue on the meaning of sacrifice; a found family and a found home story; and a grimy, desperate handbook for survival." -- Fanbyte

A serial visual novel/mech brawler about gay disasters beating up neonazis in giant robots made of meat. The worst road trip of all time continues through the Rozarx mountains, a treacherous land full of old friends, new enemies, and deadly secrets...

CONTENT WARNINGS: body horror, eldritch horror, self harm, suicidal ideation, police violence (in that you do violence to police), alcohol, abuse, racially charged violence (I try to keep it light but it IS a game about killing neonazis), transphobia, gender dysphoria, loss of bodily autonomy, isolation, cults, apocalyptic ideation, rapidly flashing lights during a brief portion of Episode 6, looking back on this list the game seems super grim but I promise it's not

WARNING: The Linux version of this game is untested and so may be kinda glitchy!! If you encounter any bugs email me or DM me on Twitter!!

Buying this game grants you a season pass to all of Season 2 as it comes out this week!

In order to download this serial game you must purchase it at or above the minimum price of $15 USD. You will get access to the following files: 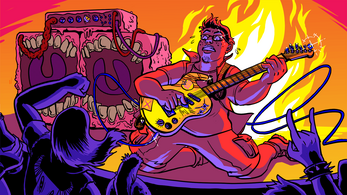 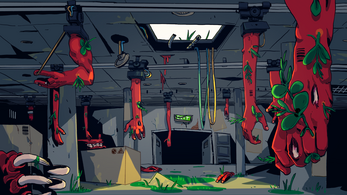